Cozumel, Europcar, Anthony Travel, Fairmont Hotels & Resorts and Mexicana were amongst companies who triumphed during the World Travel Awards North and Central America regional ceremony, which was staged in the luxurious Hacienda Tres Rios in Mexico on 21st September.

The awards, described by the Wall Street Journal as the ‘Oscars’ of the global travel and tourism industry, unveiled who are the ‘best of the best’ in the region.

The full list of winners for the World Travel Awards North and Central Americas can be found by logging on to www.worldtravelawards.com/winners

More than 500 travel organisations were nominated in the ceremony, held in partnership with Hacienda Tres Rios, Cancun Convention & Visitors Bureau, Yucatan Holidays, Yucatan.Travel, RCI and Vive Mexico. Senior management and decision makers of America’s travel and tourism industry came together to celebrate their achievements during the ceremony.

Graham Cooke, President, World Travel Awards commented: “The past 12 months have brought several challenges, namely the economic downturn and the outbreak of swine flu, which has impacted travel and tourism worldwide; today’s winners have remained focused on their long term objectives, and continued to deliver above and beyond the call of duty, setting an industry example.”

Throughout the evening, winners were presented with their prestigious trophies by key industry figures, with live entertainment which included performances from The Village People, as well as KC and the Sunshine Band.

These inspirational organisations will continue to reap profile and commercial benefits over the next year.

Cooke explained: “This year’s winners can display the official World Travel Awards symbol with pride on their sales and marketing literature, offering travellers a cast-iron assurance that what they are buying is a guarantee of travel excellence.”

Each winner has automatically been put forward for the spectacular WTA Grand Final which will take place at the five-star Grosvenor House, a JW Marriott Hotel in London on November 8th immediately before World Travel Market.

Travelers save money and time with CityPASS ticket booklets

[b]Travelers save money and time with CityPASS ticket booklets[/b] A premier product for travelers who crave savings and convenience, CityPASS identifies... Leer más 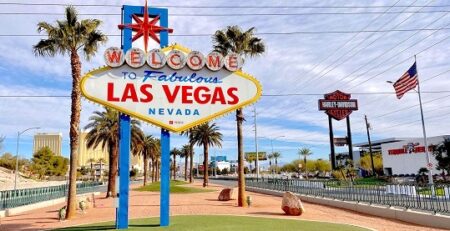 The lastest from Las Vegas!!!!!